From manual registration to a system tool to increase efficiency.

Problems of the past 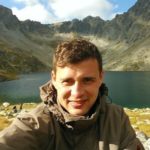 We have been dealing with data processing and evaluation for a long time, but only with the help of the PMT application did it cease to be an accurate game with inaccurate numbers.

In the case of interest in our services or solutions, please fill out the contact form. We will respond to all messages and will ranswear to you as soon as possible.

Spravujte súhlas so súbormi cookie
We use technologies such as cookies to store and / or access device information to provide the best experience. Consent to these technologies will allow us to process data such as browsing behavior or unique IDs on this site. Disagreement or withdrawal of consent may adversely affect certain features and functions.
Manage options Manage third parties Manage vendors Read more about these purposes
Detailed settings
{title} {title} {title}